Our experts will reply you very soon.

Click Here to Chat Him Overseas
Need Help? Chat with us

An Overall Description Of A Scaffolding Ring Lock System 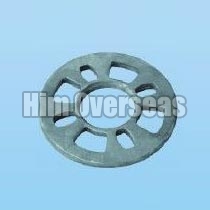 The scaffolding ring lock system is one of the modular scaffolding types which allows the workers to easily install, use and then disassemble the structure. It is a temporary work structure which is highly efficient and helps in saving time as well as labour cost. The ring lock system is considered as the most sophisticated and perfectly designed scaffolding system available in the market. It is specifically prepared with a minimum amount of components so that the user can install and dismantle using a few simple steps.

As the core of all the components, a single rosette is used. The system also has a high-quality built-in safety mechanism along with the high capacity to manage the load. Due to the wide range of benefits offered by this scaffolding system, it has emerged as the most widely used system in various applications.

Where can the scaffolding ring lock system be used?
Well, the ring lock system is the ideal choice for the structures which have complex elevations or irregular shape. These scaffolds are the most appropriate choice in areas which have imperative angular flexibility. It is specially designed to fit in minimal spaces. It requires a very small space for storage too. These systems are commonly used for providing support and easy access to structures in the construction based industries like offshore construction, maintenance of industries and even for shipbuilding.
What Are Prime Components Of Scaffolding Ring Lock System?
Coming to the components of a scaffolding ring lock system, it can be described as follows:
• A Vertical Post: The post is used for providing vertical support to the scaffolding. It is available in various sizes to adapt easily according to the structure.
• A Horizontal Ledger: they are used for providing the basic support to the platform or loads placed on the system horizontally. It is sometimes even used as the guard rails for incorporating safety options.
• Ring Lock Braces: these braces are quite important as they provide lateral support to the system. It also serves as a guard rail for the stairs and other such compressions. Swivel clamp braces are also used if required.
• Base Products: A base jack is used at the starting point of the scaffold to make provisions for changing the height of the system.
• Other Accessories: Several accessories are added up in the ring lock scaffolding system to make more compact and easy to work with. The main accessories include a rosette clamp, davit arm, adapter clamp, castors, brackets and the toggle pins.

Structure of The Ring Lock Scaffolding System
A rosette is present in the middle of the scaffold which has provisions for attaching four braces and horizontals easily using a simple hammer. The ring lock present in these scaffolding systems can be of different shapes depending entirely on the application. The common types of ring lock used are circular, curved and straight structures.
These ring locks are sometimes used in the mobile or other such independent towers. The entire structure of scaffolding ring lock system lacks excessive use of loose components. This property makes it the perfect and easy choice to use, maintain and store.

This entry was posted on October, 17, 2019 at 11 : 21 am and is filed under Scaffolding Ring Lock System. You can follow any responses to this entry through the RSS 2.0 feed. You can leave a response from your own site.